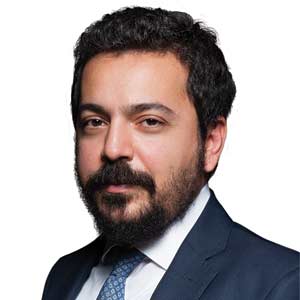 The extraterritorial reach of the privacy legislations in various countries is not limited to data breach issues. Other provisions in privacy laws in various jurisdictions may be applicable to a European company even if such company does not have an actual presence (e.g. a subsidiary or a branch) in those jurisdictions. In those cases, the interaction between the GDPR and the applicable privacy law in the relevant jurisdiction plays an important role for the company to find its path to compliance.

Analysing all of the provisions where the provisions of the GDPR may interact with those in the other jurisdictions would be beyond the scope of this article. Therefore, we will take the information obligation in the GDPR as an example and briefly analyse how a privacy notice must be prepared by a European company in a jurisdiction which has its own privacy laws that may be applied to data controllers located abroad.

One of the most important steps that a European company must take in terms of privacy compliance is to determine the countries of the data subjects whose personal data is processed by that company. The European company should then determine if those countries have privacy laws that have an extraterritorial reach and the scope of the extraterritoriality. In certain jurisdictions, the law maker may want to protect the privacy of the data subjects in its jurisdiction, regardless of where the data controller is located. In such a jurisdiction, the European data controller would need to comply with both the provisions of the GDPR and the provisions of the relevant privacy law in that jurisdiction.

If the obligations related to privacy notice are very different between the GDPR and the relevant jurisdiction, the most direct option might be to prepare two separate privacy notices; one for the GDPR and the other for the relevant jurisdiction. However, this would create an extra burden on the data controller for sending the notices and keeping the logs.

The above is a small example to give a glimpse of the complexity of the situation where both the GDPR and another privacy law are applicable at the same time. More and more jurisdictions test the limits of their territorial reach. The data controllers in Europe should not think that they would only need to comply with the GDPR nor that compliance with the GDPR would automatically mean compliance with the privacy laws in other jurisdictions. They need to make proper legal and operational analyses to determine if they must comply with other privacy laws in addition to the GDPR and how to comply with them.

Rewriting The Rules On Global Payments With Localized Payment Methods

Marketing & Sales Technology In B2b –An Overlooked Accelerator For...